Perhaps, if the coronavirus outbreak didn’t happen, we would now be talking about how the year 2020 was a big one for female gamers. We no longer call them girl gamers, that negative stereotype of a woman scantily clad while live-streaming a video game she knows nothing about. That stereotype is all but gone now. Female gamers are the real thing. Women enjoy playing the same games that men do. It’s a problem for the industry not to appreciate this shift in demographics.

If you look at the numbers, the gap is narrowing. In a study of gamers across 13 countries, women comprise 46% of all gamers. Men aged 21 to 35 comprise 20% of their part, but this only proves that the gap has never been this narrow. In some platforms, women are overtaking men. For example, in the United Kingdom, 60% of girls aged 10 to 15 play games on their mobile devices compared to 55% of boys of the same age.

Their interests in the gaming industry vary by country, too. In the United States, more than 66% of women are gamers compared to just 43% in countries like Belgium. The numbers are even lower in Asian countries.

This Is Not a New Trend

Women in gaming isn’t a new trend. They have been present in the industry since the conception of gaming itself. Ms. Pac-Man was the first female hero because of the popularity of its counterpart, Pac-Man, among female gamers. Dona Bailey was one of the very first women gaming creators. She was the only female employee at Atari’s arcade gaming division at that time. She created Centipede, which was a hit with female consumers.

But in the late 1980s and early 1990s, there was a shift in how marketers sell these games. They decided it should be marketed purely for male pursuit. And so, the sexualization of female images on game covers started. The female market declined but came roaring back again in the new millennium.

Women in the Gaming Industry Today

There are more women in the gaming industry than anyone will think. There’s Jade Raymond, founder of Ubisoft Canada and Motive Studios, and Jane McGonigal, a creative director at Avant Game. Brenda Romero is another female CEO in the industry. She’s the chief executive of Romero Games, which is best known for the Wizardry series. Romero won the 2015 Game Developers Choice Ambassador Award.

In content creation, you heard the names of YouTubers Alanah Pearce and YOGSCAST Hannah. They are popular both as gamers and online creators. Amy Hennig and Rebecca Ford are game developers that continue to make a sizable contribution to female representation in the industry.

How Women Are Shaping the Industry

Women don’t sit idly by as the world of gaming continues to sexualize their roles in these games. They are speaking up about gender discrimination, sexualization of women in video games, gap pay, and the evolution of their roles in the industry. Women want better video games for girls where they have the same opportunities to “star” in a game as much as men do.

The good thing is that female gamers are receiving much support from their communities. Facebook, for example, launched the Women in Gaming campaign. It’s a campaign dedicated to women across the gaming industry. It aims to build a community where women can share their experiences and knowledge.

The social media behemoth also launched the hashtag #SheTalksGames as a way to encourage women to share their stories, challenges, and opportunities in the world of gaming. Then, there’s also the #GirlsBehindTheGames campaign. It is meant to introduce women gamers and developers. It wants to increase the number of female speakers in gaming events to highlight the work they do for the industry.

This is a huge opportunity for companies and marketers. Even brands like Sephora and Coco Chanel developed their own events and games to open doors for young female gamers. Sephora, for example, sponsored the Girl Game Esports Festival to appeal to its female consumers.

The road is long for female gamers to receive the same recognition in this industry as men. But it takes only one to step forward to open the doors for other women. As they take an active role in the industry, the future seems bright for female gamers and game developers.

New Technology, How you can take full advantage of it inside your Business! 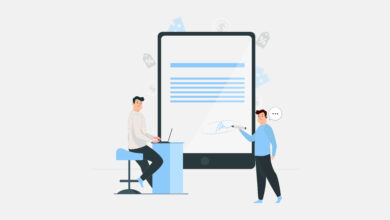 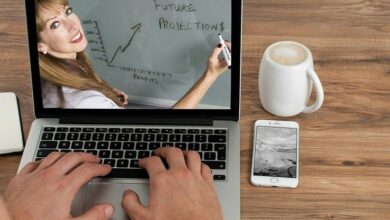